Irish overseas property investment company, Simple Overseas Properties (SOP), is facing court action from a number of its investors for allegedly taking deposits on developments in Morocco which were not subsequently passed to the developer.
The developments, called Asilah Marina Golf and Asilah Beach Resort, are two of a number of Mediterranean coastal Moroccan developments that the agency was promoting in Ireland at the height of the boom.
Click here for full story on the website.
Register now to receive our informative newsletter, save searches and tailor your OverseasCafe.com experience to your own needs.
No comments:

No Place in the Sun - Book on Overseas Property

If you've an interest in overseas property and you're looking for an easy read this summer you might be interested in the latest release from former overseas property agent, John Mulligan.
There's a pretty good review of the book on the website here, it might help you make up your mind whether it's likely to be something that is of interest to you or not.
The book retails for €9.95 and can be found in all good bookshops or by visiting http://www.noplaceinthesun.com/.
1 comment: 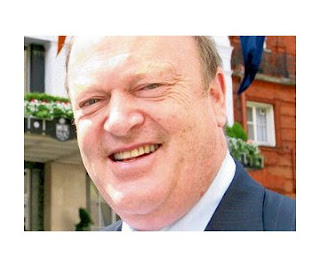 Derek Quinlan has decided to step down as the head of the high profile Irish property investment firm, Quinlan Private. Today's Irish Times reports that the 61 year old has "withdrawn from a management role within the firm in recent times to focus on his personal investments. He has also been spending more time at his homes in London and France."

The piece by Simon Carswell continues: "Quinlan Private gained a reputation for attracting cash-rich investors into high-profile property deals financed with high levels of bank borrowings and completed in quick transactions. The global economic slump and financial crisis has forced banks to seek renegotiated loan agreements with Quinlan Private – and Mr Quinlan on his own personal investments – due to falling values across the property markets."

There is no doubt that the myth of the 'canny Irish property investor' which circulated the planet in the late nineties and early noughties, was to a great extent propagated by the many headline deals struck by Quinlan and his group, albeit that many of these deals were struck at, or close to, the peak of the market.

According to the Times piece: "The company came to international prominence in 2004 when Mr Quinlan led a group of Irish investors to buy the luxury Savoy hotel group in London for €1.1 billion." He has also become well known for high profile deals such as the Four Seasons in Budapest, Santander in Madrid, Canary Wharf in London and expensive personal and business investments in Manhattan and around New York.

Those with a slightly jaundiced view of the world may well say that Quinlan has, much like Bertie Ahern, waited until things have gotten tough to leave the mess for someone else to clean up. He is, however, not leaving the company completely. The Times reports that "the former tax inspector will remain a significant investor with the company which will continue to be managed by its four existing partners – Olan Cremin, Peter Donnelly, Thomas Dowd and Mark O’Donnell."

The piece concludes: "Mr Quinlan has been trying to sell properties including a house in Manhattan for €23 million and offices, also in New York city, for €19 million and has reduced the prices in a bid to secure sales. He has recently been involved in negotiations with some of his banks about his investments."