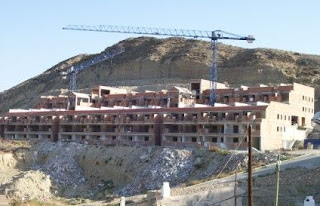 Rathfarnham based Simple Overseas Properties was back in court again in mid-July for having failed to pay an agreed sum of €368,000 to Cyril McMorrow. McMorrow is a disgruntled overseas property investor who had taken the company to court, claiming that it had failed to deliver off-plan properties in Spain as specified to him in oral agreements. The court found in favour of Mr. McMorrow back in April but he took Simple back to court in July as the agreed payments had not materialised.

The Irish Times report states; 'Peter Finlay SC, for Mr McMorrow, yesterday asked that judgment be entered in default because the defendants had not complied with the terms of the agreement. One payment had been made in relation to costs but nothing had been paid to Mr McMorrow, Mr Finlay said.'

This isn't a particularly new story, it ran in the Irish Times on July 19th, but we've been on hols for a while so we're a bit slow on the uptake at the minute. You'll find the full Irish Times report on the court case here.
2 comments: