Bulgarian Black Sea Project to be Written Off 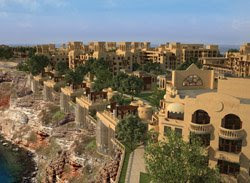 The Bulgarian property industry has been taking somewhat of a beating lately. Just as it had got some wind in its sails the global economy and economic crises around the world have threatened to conspire against it. The latest tale of woe is the 'writing off' of a 100m project in the Cape Kaliakra region.

The project couldn't sell enough product to ensure its viability, and has been bedeviled with complaints from environmentalists and architects alike, so it had to be condemned to the dustbin.

This ambitious project was the subject of a very high profile launch in January/February 2007 across Ireland and the UK. It was also very heavily promoted in the Middle East, particularly in the UAE, because of the Arabian theme running through the proposed development. The highest profile agent involved was Bulgarian Dreams, a company which has had significant recent troubles with its expulsion from the Association of International Property Professionals (AIPP).

You'll find a full report on the cancelling of this project here. Unfortunately, in the current economic climate, this is not the first, nor will it be the last, time that a project of such magnitude comes crashing to earth.

The project is still being promoted on many agent's websites at time of writing so be sure it is not sold to you as this would suggest that some of them are not even aware that the project has been abandoned.

For all your overseas property needs visit: