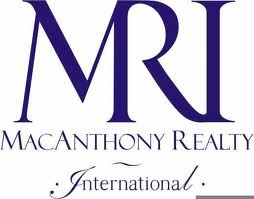 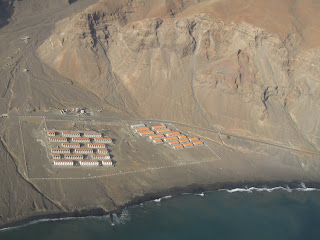 Note: There have been further developments relating to this project on which you will find some information here on the Monte Gordo Investors Group and here on Tom Sheehy of Cape Verde Development and court action that is in train.
No comments: 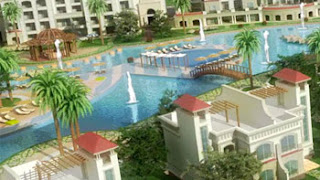 If you've invested in Fadesa Maroc's (now Excelia) Mediterrania Saidia development along the Mediterranean Morocco coastline then this may be of interest, particularly if you're looking to get your money back.

Diarmaid Condon, on his own website, has posted an article looking for investors in this development who are looking to recover their money.

It appears the development is very badly delayed and the quality of what is being built is a long way short of what was promised by the developer when it was being marketed. 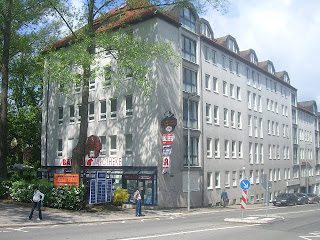 This is a Commercial Promotion

• Opportunity to acquire a significant equity stake in a large (54,500 sq ft) modern medical center well located in the thriving city of Chemnitz ( population 243,000). The rent roll is exceptionally well spread across 34 medical /commercial units and 7 apartments, with a diverse range of medical specialists and related tenants.

• Sourced off market via an insolvency where the asset is under the control of a receiver appointed by DKB Bank with whom we have a strong relationship from previous deals financed by them. We worked with the receiver and DKB over 6 months to secure the deal on attractive terms whereby the initial yield of 7.64% inclusive of acquisition costs is based on existing 84% occupancy rate .The investment is self –funding from Day 1 after all costs, with full capital repayment on attractive bank finance fixed for 4 years , non – recourse to investors .

• The yield can be significantly enhanced within the first year by letting any of the 5 commercial units and 3 apartments that are vacant. There are already tenants interested in some of the vacant units, and it is realistic that occupancy level could be brought up to 90% -95% within the first year thereby increasing rental yields to 8.2%- 8.7% quite quickly although we have assumed a much slower pick up . • The investment is €3.95M funded €2.7M by German non-recourse bank finance and €1.25M by Investor equity.

The objective is to raise the equity from private investors in amounts of €50,000 to €300,000 each. Pre-tax returns of 90% over 5 years, 127% over 7 years (over 18% pa) are forecast based on conservative assumptions as detailed further in the offer document, particularly no capital appreciation assumed. There is no cap on returns and there is real potential to bring occupancy to a high level quickly and to increase rent roll further which could increase returns yet further.

The purchase of the property has completed on MAY 19th 2011. Remaining investment units are now being offered.

If you are looking for some up to date information on the German market take a look here.

For a full prospectus please send me an email on info@overseascafe.com.

Where to Invest - Germany 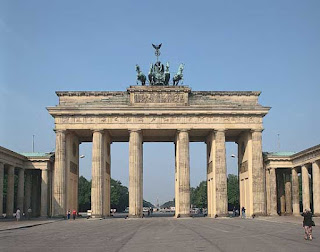 With all the doom and gloom around the place you'd be forgiven for thinking that there's nowhere left in the world in which it's worth investing. In fact, you'd be very far from the truth. Just because Irish investors don't have the deep pockets (and reckless banks) they once had, doesn't mean that there are not countries out there worth a look. We're going to look at one of them today. Germany. Here are a few highlights.
The German economy is performing exceptionally well with very exciting economic news in recent months. There are strong indications that the country is moving more and more centre stage as the main driver and, increasingly, perhaps the saviour of the Euro economy.
Germany is the world’s second largest exporter and its third largest economy, driven by a population of over 82m people. Recent economic news points to excellent economic fundamentals - which is more than can be said for a lot of European economies.
GDP growth of c 3.5% in 2010 was exceptionally positive , and the official forecast for 2011 was recently increased form 2.3% to 2.6% on the back of excellent data elsewhere.
German exports experienced their fastest growth rate in two decades during 2010 , with German trade surplus of €60.2 billion from Jan-May 2010. Compare this to the other 'powerhouses' of the European economy -France (-€20billion) and UK (-€40billion).
Business confidence measured by the German IFO index has climbed continuously over the past year from 95.9 in Jan 2010 to 110.3 in Jan 2011, another all time high in the 20 year period since re-unification. “The German economy has started the year with great vigour” (H-W Sinn , President IFO Institute Munich , 01/2011).
The German unemployment rate has fallen to 7.5% from 8.2% in 2009. This rate is forecast to drop further in 2011 to 7% with 300,000 new jobs anticipated. The number of Germans at work in 2012 is expected to reach an all-time high of 41 million . In the former East German states, including Saxony, unemployment is at the lowest rate since 1991. Germany is one of the few countries where unemployment in now lower than before the 2008-2009 financial crisis.
The German budget deficit is in control unlike other leading economies. The deficit is now forecast at 3.7% for 2010 reducing to 2.4% in 2011, well within the 3% EU target. The key German Markit purchasing managers survey shows that both services and manufacturing are performing strongly with the index at 61.0 , the 2nd highest reading on record “yet another signal that Germany’s economy is pulling away from most of its Eurozone competitors” (Irish Times 24/01/11).
“There are encouraging signs that domestic demand is beginning to emerge as a source of additional growth in the German economy.” ( Equinet Bank , Frankfurt 10/01/2011)
So where can you get a bit of Germany? We'll be posting here with some info in the near future.
No comments: 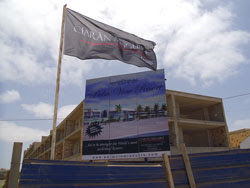 Maguire Claims to be Moving Forward

Mr. Maguire is back in the news again following claims in a Cape Verdean newspaper, Expresso das ilhas, that his Palm View Resort is now to be constructed on the site of another unfinished development. Courtesy of the BoaVista Forum the following rough translation of the newspaper article was offered:
"The Irish group Ciaran Maguire launched on the morning of Thursday, 24, in Boa Vista, the first stone for the construction of an apartment complex with 238 luxury apartments, casino, thalassotherapy center and restaurants.
The initial investment Palm View Resort is 25 million and, according to prosecutors, all the apartments are already sold to Europeans, especially English and Irish. "The hotel, the restaurants will be complete later this year, and the other blocks will be complete next year," he told Radio in Cape Verde Ciaran Maguire, chairman of the Group.
Palm View Resort is a luxurious beachfront resort, which initially will have three hundred employees. The project includes a seven-star boutique hotel, nine swimming pools, four restaurants, beach bars, bar, nightclub, tennis courts, soccer fields, outdoor theater, fully equipped gym and a health spa luxury and beauty. The design of the Palm View Resort Ciaran Maguire Group will be born in Praia Cabral, the former complex Sabi sands, FM Group, which went bust just over two years.
In Cabral Beach Ciaran Maguire group wants to invest in the area surrounding Palm View Resort, rehabilitating the area and build a function room, a high school level and creating pedestrian promenade, with shops selling local handicrafts.
It is recalled that in 2008, Ciaran Maguire organized a tour of the island of Boa Vista, and has taken him about 160 people, some of which would become investors in the transaction. But due to delays and uncertainty in implementing the project, some eventually require replacement funding.
The idea had been thought initially to Praia and then was transferred to Boa Vista."
The original article in Portuguese is here - http://www.expressodasilhas.sapo.cv/pt/noticias/detail/id/23822
The BoaVista Facebook page is, however, quite adamant that much of the information in this article is false and misleading. It says:
"The name "Palm View Resort" has again reared its head in relation to Boa Vista. This "Newspaper" article is riddled with the same old promises and has glaring inaccuracies. I have written to the newspaper and asked them to review this story in light of the damage that it will do to their credibility."
See: http://www.facebook.com/pages/Boa-Vista-Cape-Verde/327949432900
No comments: 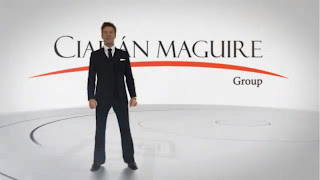