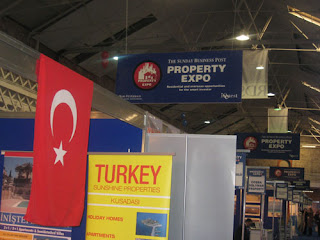 Having just visited the Property Expo in the RDS a constant bugbear reared its ugly head. What is the point of seminars at an exhibition that are all given by exhibitors who are already present at the show? Are you not simply going to get the same spiel that you would on their stand, except without the chance to ask questions as you go? Or am I wrong and is there an inherent value to such seminars? If there is I have to say I fail to see it.

On the subject of the show, while most agents felt the Friday was slow, they were at least kept relatively busy on the stands and there appears to be more confidence than there was at the end of last year. Everyone did feel it was a bit fragile though, and could be killed off pretty easily by Mick Lynn's affairs appearing in the newspapers again or something similar happening elsewhere.

All in all, though, there appears to be a bit more hope than there was last year.