100m for a London Apartment 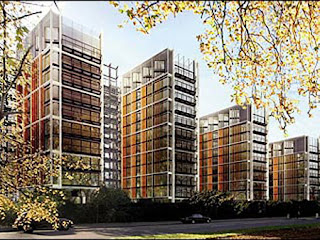 So the UK market is somewhat depressed then, eh?
It hasn't stopped the world's most expensive flat selling for £100 million. Sheikh Hamad, the foreign minister of Qatar, is rumoured to have purchased a penthouse home in One Hyde Park, promoted as the most exclusive apartment block in the world.

This is one of 86 luxury units on the edge of Hyde Park opposite Harvey Nichols in Knightsbridge. According to The Times the flats have 24-hour room service to the level of the Ritz, bullet-proof windows, eye scanners in lifts and spectacular views over Hyde Park and The Serpentine.

Just be aware that not everyone is agreed on the price of the apartment, estimates vary from £20m to the staggering £100m reported in The Times.
http://www.overseascafe.com/