Lynn Insurance Claims may not be Honoured 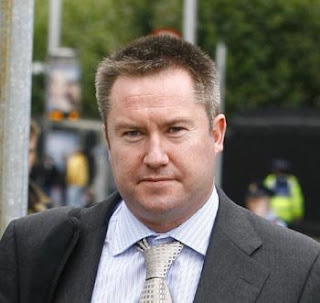 A report on the RTE website has claimed that insurance companies are moving to protect themselves against claims from those defrauded by Michael Lynn and his companies. The full report is below.

"Two insurance companies have secured court orders that effectively mean they will not have to pay out multi-million euro claims on many insurance policies taken out by missing solicitor Michael Lynn and his property company.

The order was granted because of alleged fraudulent misrepresentation and non-disclosure of material facts.

More than 250 claims against the policies have been made to date by banks and others. All are owed vast sums by Mr Lynn, who has estimated liabilities of some €80m.

In making the orders against Mr Lynn and his company, Mr Justice Peter Kelly noted the court has yet to determine whether Fiona McAleenan, a solicitor in Mr Lynn's firm, is entitled to insurance cover relating to any undertakings she signed while working in the practice.

In claiming they were entitled to refuse to pay out on foot of the policies, both companies argued the vast majority of claims related to alleged breach of residential mortgage solicitors' undertakings.

They claimed their investigations suggested a practice in Mr Lynn's firm, from at least 2003, of providing multiple undertakings relating to the same property but this practice was not disclosed to them.

The companies also claimed the defendants must have been aware they would not be able to comply with undertakings given on foot of the policies.

They alleged they were entitled to have declared void two particular policies taken out with them for alleged non-disclosure of material fact by the defendants and also said the policies should be declared void for fraudulent misrepresentation on the proposal form.

The proceedings against Ms McAleenan, of Betaghstown, Co Meath, will be heard at a later stage.

Mr Sreenan stressed his application was without prejudice to the claims made by Ms McAleenan. He said Ms McAleenan was defending the case on the basis she was not a partner in the firm and the insurance policy was a composite policy, not a joint policy.

In making the orders against Mr Lynn and Overseas, Mr Justice Kelly said the companies were entitled to have the policies declared void ab initio (from the beginning) because of non-disclosure of material facts and fraudulent misrepresentation on the part of Mr Lynn and Overseas.

The proceedings arose after the two companies agreed to provide cover for Michael Lynn & Company, the practice set up by Mr Lynn, and Overseas Property Law, which provided legal services for persons investing in overseas property.

The cover sought was professional indemnity cover in excess of the €2.5m primary cover to be provcided by AIG Insurance Company Ltd.

Chubb claimed, relying on representations of the defendants, it agreed to provide €4.5m cover for each claim in excess of €2.5m for the period from 1 January 2007 to 1 January 2008.

WR Berkley claimed it agreed, also in reliance on representations of the defendants, to provide (over the period 18 May 2007 to 31 December 2007) €4m cover for claims in excess of a €7m cover already in place.

For a selection of property from around the world click here.

For a listing of agents selling overseas property click here.

For news on the world of overseas property click here.

For new releases and product updates from agents around the world click here.