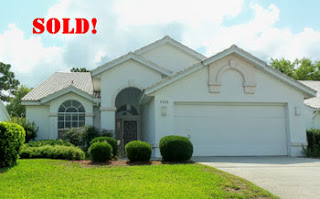 It's not going to be easy, or uniformly in one direction, but to all intents and purposes it appears that the Florida property market is showing signs that it may have bottomed out and is inclined to improve a little.

This will come as somewhat of a relief for Irish owners in Florida, of whom they are many, although prices there are a long way off where most Irish purchasers entered the market. At least, for now anyway, prices seem to be headed in the right direction for owners.


Irishman, Gary Kenny, who runs Coldwell Banker Feltrim in Davenport, Florida says the second home market, which his company services, has seen more international visitors coming back into central Florida which has helped the company sell more units in 2012 than the previous two years. There is actually, Kenny says, a shortage of good  property to promote and sell to an eager market.

Within the next two weeks the company will announce details of an upcoming project just outside Tampa where it will release 50 units for sale, all producing return on investment to the buyer of between 10 and 12% nett. A decent return when you consider what you can get out of a bank these days.

Visit Orlando, the area's 'Convention and Visitors Bureau', said an estimated 55.1 million visitors spent at least a day in the Orlando area during 2011, an increase of 7.2 percent from the previous record. The visitors' bureau had earlier forecast a 2011 head count of 54.3 million people.

Tang said: "We have seen a strong rebound in our visitation numbers over the past two years, led by increases in domestic and international travel, and we continue to be optimistic about the future of the destination. We are known worldwide as the top family destination, and we continue to be a top choice for inspiring meetings. Breaking the 55 million total visitation mark shows the strength of the Orlando brand."

Putting the figures in perspective, Orlando was the first U.S. market to draw more than 50 million visitors in a single year in 2010 when it reached 51.5 million, beating New York to the milestone.