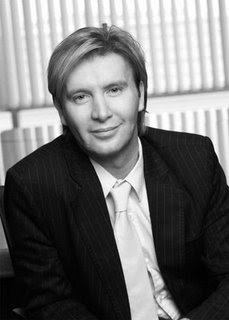 The following story appears in the Sunday Business Post of May 30th:
"The developer behind a proposed €100 million resort in Cape Verde has said that the project will not be affected by the liquidation of one of his main firms.
The High Court last week appointed a liquidator to Flash Developments, which is headed by businessman Ciaran Maguire. It has received deposits from 200 Irish and British investors for apartments and villas in the planned Palm View resort on the west African island.
Maguire told The Sunday Business Post that all of the deposits were safe, despite the winding-up of Flash Developments.
He said that all the ‘‘contracts, development lands and credit lines’’ had been transferred to another company called the Ciaran Maguire Group.
Maguire said that Flash Developments was ‘‘simply a sales and marketing company’’ and that its liquidation would not have any effect on the development.
He said that 63 per cent of the initial 400 apartments had been sold, and the scheme would be completed next year.
A number of people who paid deposits to Flash Developments for properties have already sought the return of their money, while others are putting together an action group to try to recover their money, following a 16-month delay in starting the project.
Flash Developments went into liquidation last week following a court petition by Hays, an international recruitment firm which was owed money by the firm. The liquidator, KPMG accountant Kieran Wallace, is examining the company and its links with the Ciaran Maguire Group.
He is seeking all details relating to the Cape Verde project. Maguire said that Flash Developments had lost a significant sum of money due to a bond deal with a now defunct British company called Exchange Insurance.
While this prompted the liquidation of Flash Developments, he insisted that the project was going ahead.
He said that the first phase of the development was valued at €100million and would include apartments and a five-star hotel. Maguire said Flash had a 15-year licence with the Cape Verde government to build on the island, and would ultimately build developments valued at €1.8 billion over that time."

It's hard to believe that this kind of thing can be "passed off" as not being a problem. Cape Verde has long had problems with flights and to think that a single developer would set up their own airline to service the island of Boavista when no one has done so for the more estabished Sal Island constitutes a worrying promise.

I hope everyone involved is in a safe position financially.

if all of the money belonging to investors is safe show us the proof of where it is Ciaran..

I for one have been trying in vein for over a year now to get my refund.. and I have been met with nothing but false promises